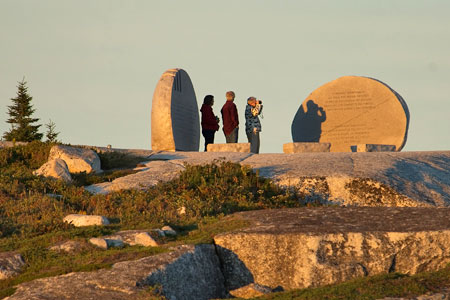 On September 2, 1998 Swissair Flight 111 crashed into the Atlantic Ocean southwest of Halifax Stanfield International Airport at the entrance to St. Margaret’s Bay. All 229 people on board perished. The crash site was 8 km / 5 mi from the shore, not far from Peggy’s Cove in the South Shore region. A short walking trail (160 m) leads to a monument in memory of the people who lost their lives can be found at the Swissair Memorial Site.